Sydney was recorded at the most expensive city in the month of March, with a median dwelling price of $730,000. 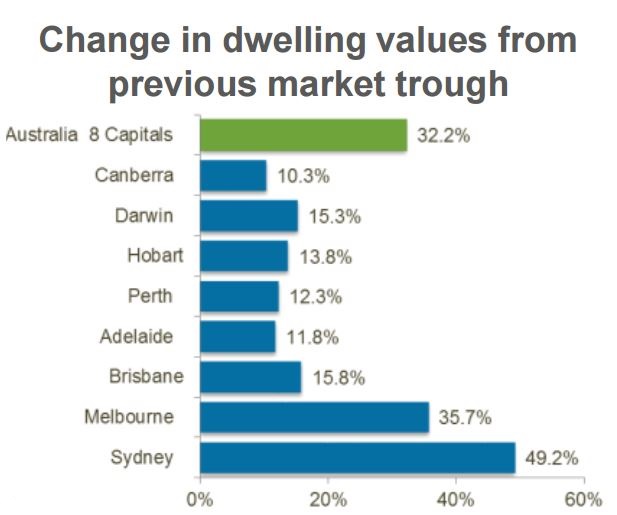 Sydney has had the most substantial lift in residential property listings, where listing numbers are now 19.2 per cent higher than at the same time last year.

Higher listing numbers means buyers have more choice and vendors may need to adjust their price expectations in light of the increase in available housing stock.

Strict prudential supervision from APRA, as well as a potential rise in mortgage rates mooted for later this year due to higher lender funding costs, are likely to add to a further slowdown in credit growth during 2016.

The lower number of housing finance commitments is also reflected in a slowdown in the number of homes transacting.

For the twelve months to March 2016, an estimated 299,100 dwellings were sold across the capital cities, which is 9.9 per cent lower than the previous twelve month period.

The number of homes sold across Sydney over the past twelve months is 18 per cent lower than a year ago, while Melbourne transaction numbers are 9.7 per cent lower year-on-year.