Over the second quarter of 2018, national dwelling values have declined by-0.5%, matching the -0.5% fall in values over the March quarter.

Throughout the 12months to June2018, national dwelling values have declined by-0.8%.

Althougha -0.8% fall isn’t overly large, it is the greatest annual fall in values since September 2012 when values had fallen-1.1% over the year. 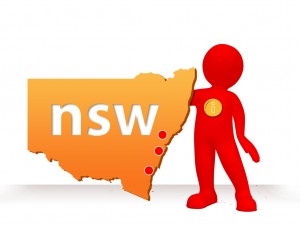 While the headline figure is recording falls largely due to declines in Sydney and Melbourne dwelling values, housing market conditions have also softened in most other capital cities.

In fact, Brisbane, Adelaide and Hobart are the only capital cities where dwelling values remain at peak levels.

In Perth and Darwin, values have been below their peak since 2014, while markets such as Sydney, Melbourne and Canberra have also entered a downturn.

Even in Brisbane and Adelaide, where the pace of capital gains has been relatively sustainable, the rate of value growth has slowed over the past 12 months.

Value growth is slowing across NSW

Over the second quarter of 2018, Sydney dwelling values have fallen by -0.9% and values across regional NSW have increased by 0.8%.

Over the past 12 months Sydney values have fallen by -4.5% while regional NSW values have increased by 3.2%.

While the Sydney market has been seeing values decline since July last year, values are still broadly rising outside of Sydney however, over recent months many of the regions adjoining Sydney have also started to experience value declines.

In Sydney, the most affordable 25% of properties have fallen in value by -1.0% over the past year compared to a -3.0% fall across the middle 50% of the market and a much larger -7.3% fall across the 25% of most expensive properties.

Over the past three months there was 35,038 house and unit transactions settled in Sydney which was -9.9% lower than over the same three month period last year.

There were 14,437 house and unit sales settled in regional NSW over the three months to June 2018 which was -6.6% lower than the number over the second quarter of 2017.

Over the second quarter of 2018, Sydney rents fell by -0.3% while they increased by 0.2% over the period in regional NSW.

With values falling faster than rents, yields are increasing from historic lows

State final demand measures the total value of goods and services that are sold in a state to buyers who wish to either consume them or retain them in the form of capital assets.

It excludes sales made to buyers who use them as inputs to a production activity, export sales and sales that lead to accumulation of inventories.

Given it excludes exports and inventories it isn’t directly comparable to GDP.

State final demand in NSW increased by 0.7% over the March 2018 quarter and although that was the slowest quarterly growth in a year, it was much higher than the 0.1% increase in March 2017.

Over the past 12 months, NSW state final demand has increased by 3.7% which is the fastest annual growth since December 2016.

The NSW trend unemployment rate was recorded at 4.8% in June 2018 which is the same as it was a year ago.

Based on the 143,912 jobs created over the past year, total employment has increased by 3.7% and 45.0% of all jobs created nationally last year were in NSW.

Population growth in NSW remains strong however, it has started to slow 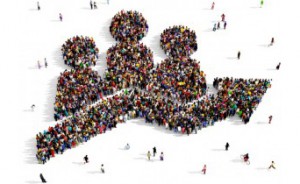 Looking at the components, the 116,823 person population increase was comprised of 43,144 from natural increase, 92,978 persons from net overseas migration and there was a loss of 19,299 persons from net interstate migration.

Approvals for units are trending lower while house approvals rise

Over the month there were 2,862 houses approved for construction, an increase of 20.1% over the month and a 1.0% increase year-on-year.

Recent data points to an easing in unit approvals with 2,865 approvals in May 2018 the fewest since December 2017 however, year-on-year approvals are 13.0% higher.

According to the ABS there were 87,266 dwellings under construction across NSW at the end of March 2018, which was only slightly lower than the historic high of 89,162 dwellings over the previous quarter.

Housing finance commitments in NSW rebound in May 2018

The total value of housing finance commitments in NSW during May 2018 was $14.4 billion which was 19.4% higher over the month but -8.1% lower from its recent peak.

Although the value of lending rebounded over the month, all segments of lending across NSW are trending lower and as a share of total lending investors have shrunk to their smallest share since April 2016.

Stumping up a Sydney deposit

Should you give up or keep going?

How much do you need in super to retire comfortably?