Looking for a house in Berala? You might have to wait awhile as it turns out home owners in the popular Sydney suburb don’t like selling once they move in.

In fact, houses in Berala are at the top of the list when it comes to appeal in Sydney with holding periods averaging a whopping 32.8 years.

That’s 10 years longer than the next suburb, North Strathfield, which came in at 22.8 years.

The average holding period for Greater Sydney is 11.9 years. 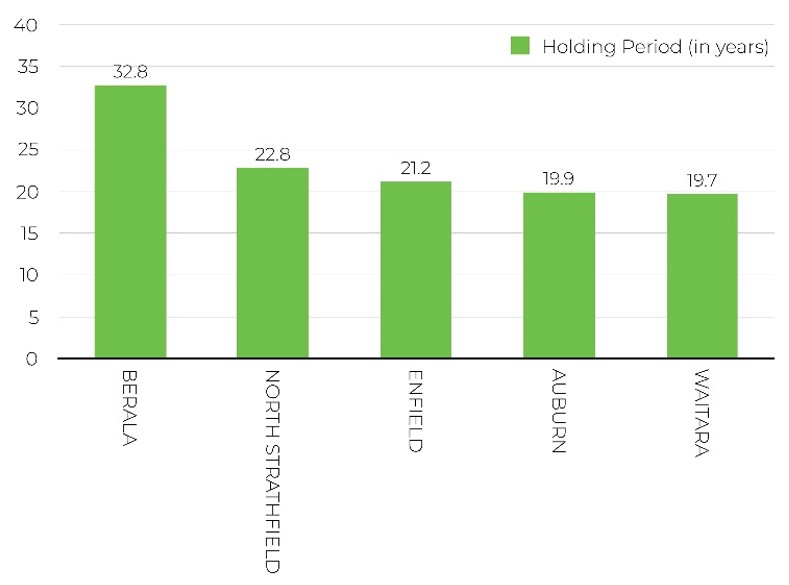 When an area enjoyed such long holding periods it meant the suburb generally provided “something outstanding” for its residents such as a strong community, location and proximity to employment or the CBD, good schools, transport and services.

If a suburb has some of these characteristics people don’t see any reason to sell.

Basically, they don’t want to leave.

Berala, a western suburb of Greater Sydney about 20km from the CBD, enjoyed some good suburb fundamentals with a median price of $1,061,383 and three-year capital growth of 25.3 per cent.

The median equity value of houses in the suburb is $661,988 with a percentage of an incredible 180.1 per cent.

Berala sits on the Bankstown Railway Line, enjoys good education options such as Berala Public School, St Peter Chanel Catholic Primary School and Trinity Junior Catholic College, is close to a campus of the University of Sydney and has its own golf course. 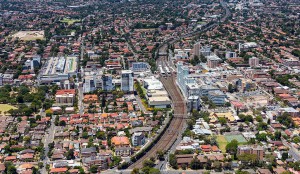 North Strathfield is an inner-west suburb of Sydney only 15km from the CBD where the median equity is $1,293,063 with a percentage of 214.9 per cent, partly due to the capital growth of houses over the past three years of 51.8 per cent.

Trains run regularly into the city and other employment hubs such as Burwood, Strathfield and Redfern, and there are plenty of good shopping options in adjoining suburbs.

The prestigious McDonald College, which placed 28th in AIS school rankings and in the Top 15 per cent (55th out of 820 schools) in NSW, is located in North Strathfield, and a number of other top ranking schools can be found nearby.

Enfield is another inner-west suburb of Greater Sydney, even closer to the CBD at 11km.

It has a strong choice of education options and good public transport into the city.

With an average holding period of 21.2 years, its median house price is $1,612,250 and it has enjoyed capital growth over the last three years of 51.3 per cent. 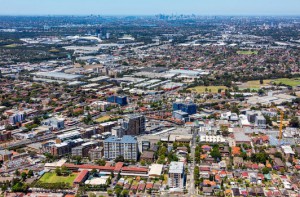 Auburn and Waitara round off the Top Five holding periods at 19.9 and 19.7 years respectively.

The median house price for Auburn is $959,175 with capital growth for the last three years of 18.2 per cent.

At 24km from the CBD, it is further away than the other Top 5, but it enjoys a central location to other employment and shopping hubs.

It has a large number of schools, a hospital and botanic gardens and is close to Sydney Olympic Park and the Sydney Showgrounds.

Situated in the Upper North Shore of Sydney, this high-demand suburb has made it on to a number of ‘best suburb’ lists, enjoys a low crime rate, a private primary school and good transport links to the CBD.

is the CEO/Founder of RiseWise Property Review. He has more than 20 years’ experience in risk management including, Co-Founder of Peleg, Kessel & Co, an assurance and advisory accounting firm & Executive Manager at Westpac Banking Corporation in Sydney.